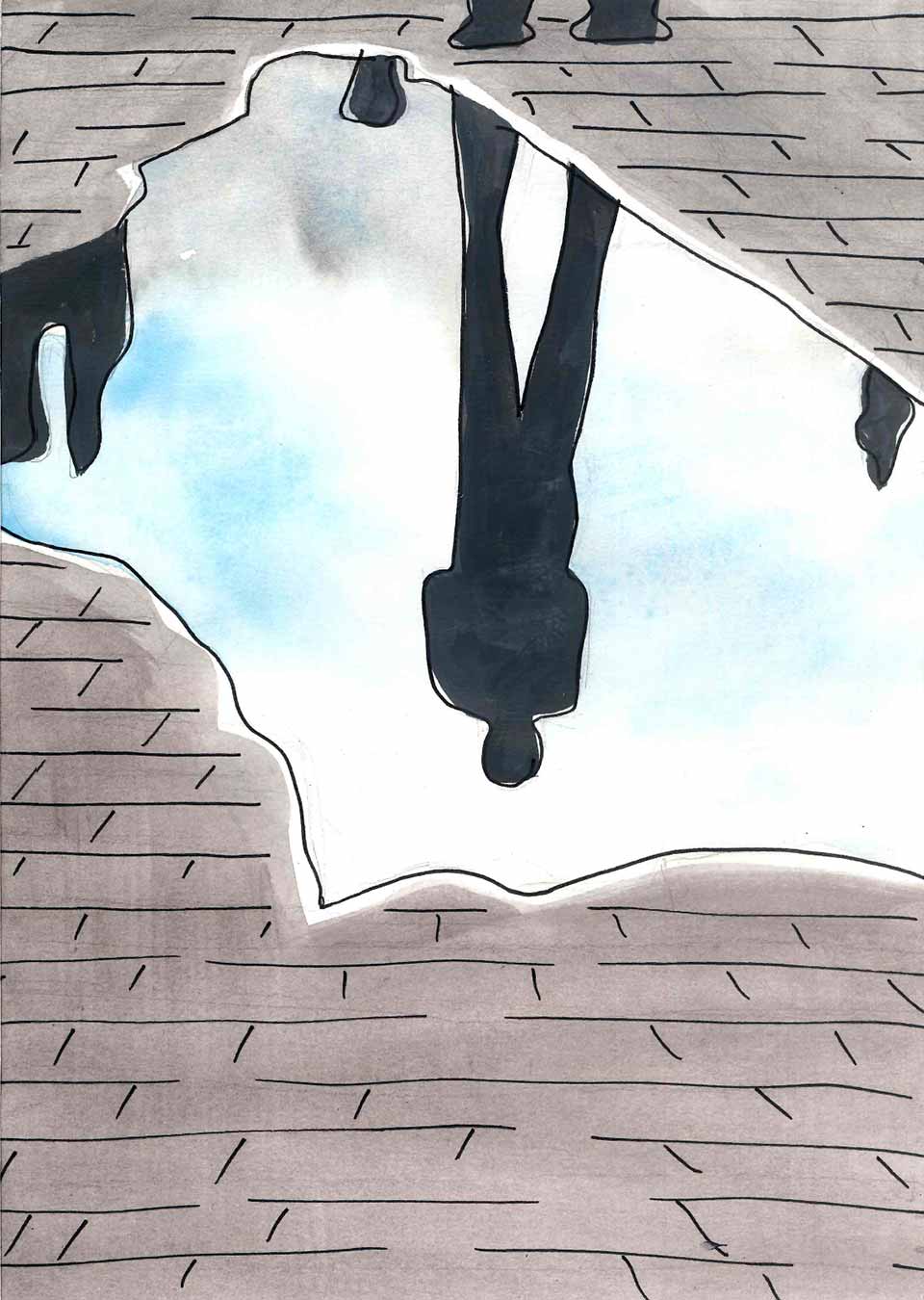 Third place in the secondary category

Bodies formed low, craggy hills across the battlefield, crested by ravenous crows and infested by the carrion creatures of the soil beneath them.

Forests of broken pike shafts and discarded knives bristled from damp red marshes in their lifeless flesh, and out of these wounds ran tacky red rivers that soaked into the earth and stained the field a muddy crimson.

The battle had been long, bloody and furious. Everybody in Prague had heard it, cannons and muskets raging in the distance. And now, when the thunder of man’s own making had ceased, the scavengers emerged from their hovels like beetles from sodden dirt, and came to feast on the dead.

Jan wandered aimlessly between the corpses, kneeling next to each to pry cold silver from their stiff, grey fingers that still seemed to cling to their old rings. He turned over a good find, some foreign lord, and pried a gold crucifix from his clasp. He glanced up at his victim’s face and began to chuckle at the almost comical look of shock etched upon it by the bullet in his neck.

He glanced up and saw a child only a little younger than him kneeling by another corpse, weeping. Jan’s giggle sputtered out at the sight of them as they came toward him, their eyes not those of an angry soldier, or the beady eyes of a scavenger, but overflowing with the grief of the bereaved, the look of those who still cared who lived and died in this war of thirty years. He felt a silent judgement in that gaze, a piercing, priestly condemnation he could not bear. He averted his gaze, looking uneasily instead at a puddle murky with blood that dimly reflected his gaunt features, as he stared back at his own hollow, empty gaze.